Every couple of months I like to embark on a furniture makeover. This typically happens when I have been pining for something I simply cannot fit into my budget or I know I can get for less somewhere else. My rule of thumb is if it has been 2-4 months or longer and I’m still thinking about it then I need to buy the actual piece or find something similar and create my own version.

I had my eye on some beautiful chairs by Jonathan Alder for some time. I really wanted the Regent model but I needed two of them. I also looked at the Louis chair as a slightly less expensive alternative but spending between $2600 and $2800 before shipping and taxes wasn’t particularly appealing. 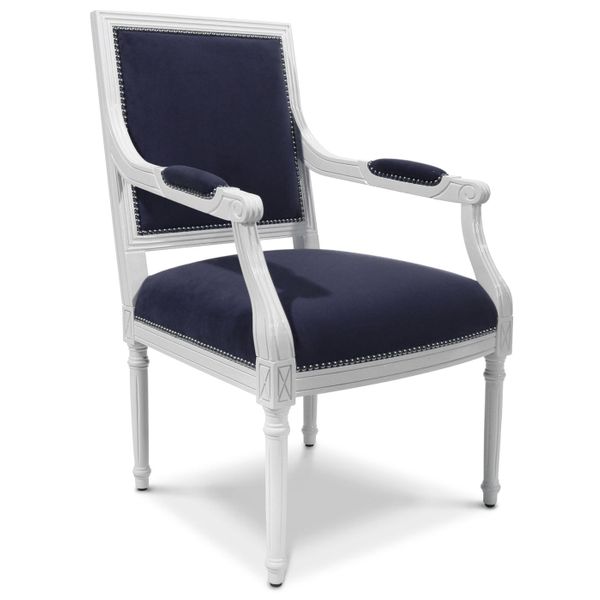 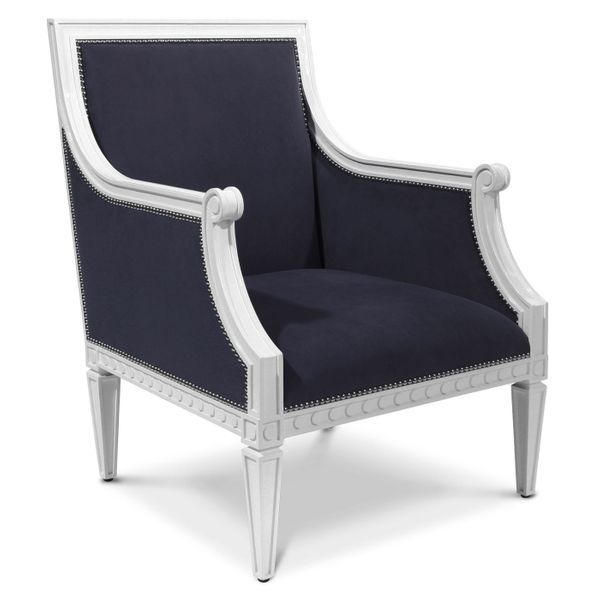 So I started looking at other stores for a chair I could alter into a similar likeness. I looked at all the midrange retail stores but turned up nada. Some of the chairs were too expensive if I added in the cost of new upholstery and a professional white paint job. Other chairs were too small or uncomfortable and they just didn’t feel grand enough. After a week or so of hunting for the just the right chair I decided to look at Craigslist. Right away I found a couple of contenders. One chair was perfect but there was only one and I had my heart set on a pair. Another pair was pretty but too small in scale. My husband is tall and when he met me my apartment was chock full of what he deemed “mini” furniture. And he didn’t fit in any of it. Definitely not going to go down that road again. Another pair I kept coming back to was a little on the big side and I was concerned about the scale. After fretting for a couple days I decided to at least take a look before casting that option aside.

When I finally went to see the chairs I could tell right away they were probably not going to work. They were heavy dark wood Restoration Hardware chairs with yellow striped upholstery. I had the very lovely homeowner take pics of me in the chair for scale. The good news-my hubby would definitely fit. The bad news- something about the chairs really bothered me. I decided to think about them for a couple of days. I had pretty much moved on and was scouring Craigslist once again. Low and behold what came up but the same chairs, marked down to $180.00 for the pair. Hmmm. 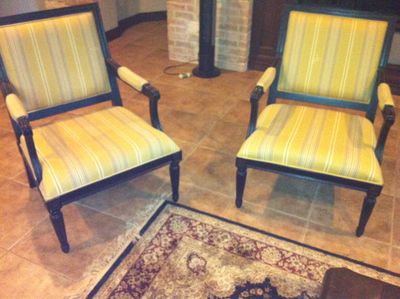 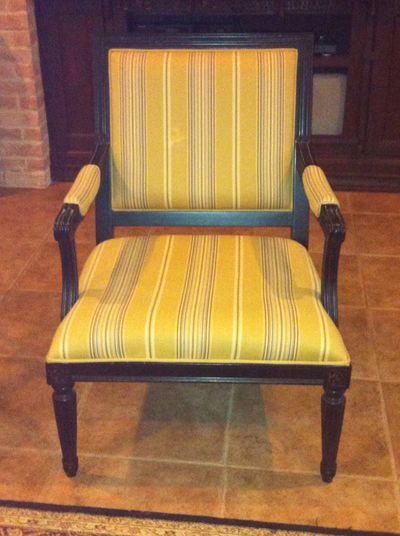 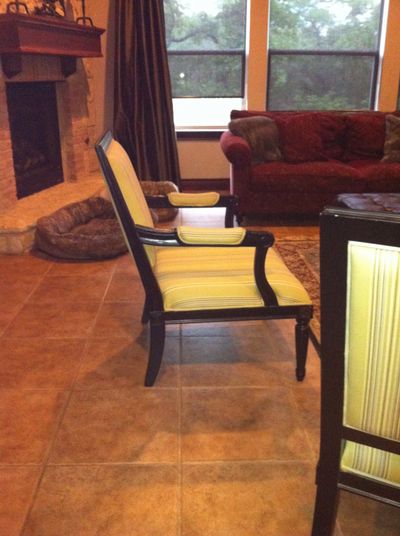 A couple nights later I sat down to reread a decorating book as I am apt to do and came across a beautiful chair. Something started clicking in my tired brain and I felt like I had seen this chair before. Yes, it was similar to the J.A. chairs, but the feel of this chair was a little more robust. Then it hit me. If I added a thick upholstered cushion to the bottom of those Craigslist chairs, rather than just a flat seat, then the chairs would look more to scale. They might even look amazing! I emailed the seller that night, and went to pick them up the following day.

After removing all the upholstery and staples I carted them off to my furniture painter to have them coated in a white lacquer. In the meantime I found a couple of yards of gorgeous navy velvet in my stockpile of fabric. But I only had two yards and I would need 6-8 with welt cord and with the additional yardage for the cushion. As luck would have it I found 4 additional yards at a boutique fabric store a few days later. It wasn’t the exact same but the velvets looked identical and I bought the last 4 yards for an amazing price! Normally I tackle small upholstery projects on my own, but the scope of the project was rather large for my small workshop so I opted to entrust this project to my favorite upholsterer. My furniture painter even dropped the chairs off to her for free- score! A couple weeks later and a few days before New Year’s, the chairs were ready for pick-up. I added some pillows I had made up and voila- perfection for half the cost! 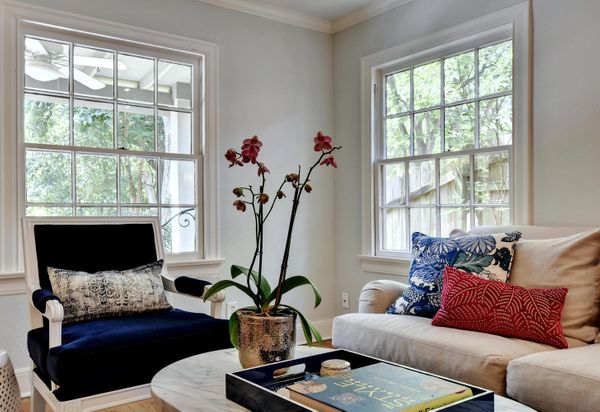 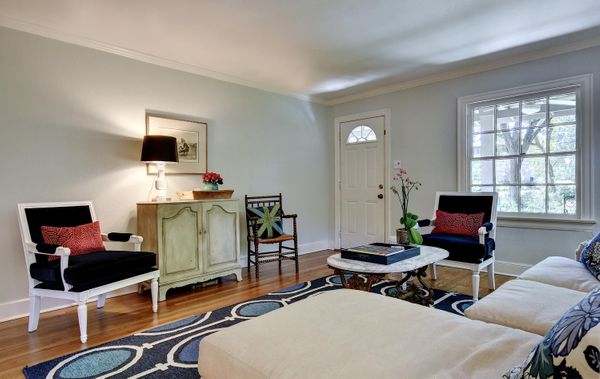 The best part is hearing the compliments from clients and friends when they see my living room chairs. With a little bit of ingenuity and perseverance I was able to get exactly what I wanted, for half the cost! I also enjoyed customizing the style of the chair and am looking forward to the next project…